I’m in a Hurry

I hate to be late.  It bothers me more than I can express in words.  In truth, I would rather not show up than be late for something. I guess it was bred into me from an early age because, as a Pastor’s kid, I was always the first one at church and the last one to leave. My kids have suffered the same fate. I also don’t like to be rushed but with our frenzied pace of life, I almost always find myself in a hurry.  We are told that we need to slow down from the busyness of life and live a slower pace and I agree in principle. However, today I’m going to poke the box a little on this idea and suggest there are times when hurrying is OK. When there is a sense of excitement or anticipation or urgency, being in a hurry can help the process and help you achieve your goals. 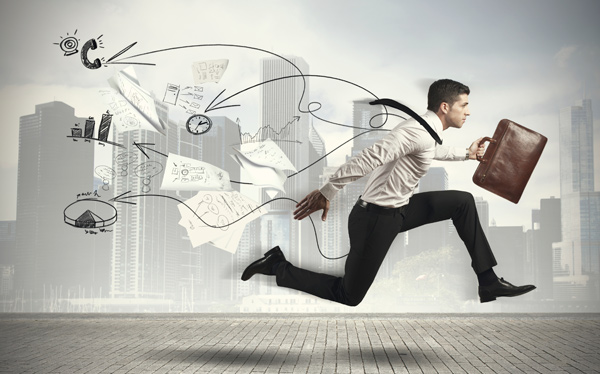 In March of 1985, Petra, the best Christian Band of all time, was in concert at Pride Pavilion which was an indoor soccer facility in west Phoenix. It was the “Beat the System” tour and tickets were General Admission. We had to get there early or be forced to sit in the back. We arrived early and my friends and I had a strategy mapped out.  We split up and covered all the entrances.  The plan was this:  As soon as the doors open, we hurry. We RUN (not walk) to the front center of the arena and whoever got there first saved the seats.  The doors opened and the operation went off as planned.  A sea of humanity with a sense of excitement and urgency swarmed the Pavilion.  My buddy John Forbis got there first and saved the seats, the concert rocked, we lost our voices and loved every minute of it.  Hurrying helped us achieve our goal.

One of the things that disturbs me in today’s church landscape is the lackadaisical approach people have when it comes to all things God-related.  I may sound old fashioned but the reality is, serving God and living for Him is the highest honor we have in this life. I don’t understand the lack of passion in some people when we have such an amazing honor. The corporate worship experience exemplifies this honor.

The idea in the original language is, “I was made glad.”  Just the invitation to the house of the Lord caused the Psalmist to rejoice and be cheerful.  One meaning of the word “glad” is “to brighten the countenance.”  How often does the invitation to corporate worship do that to us in 2016?  Sunday morning rolls around, the alarm goes off and our attitude is, “uhh, I have to go to church.”  You force yourself out of bed, stumble into the shower, put on a black sock and a blue sock, pile the kids in the minivan, get a mile down the road, one of the kids throws up in the car….

I was glad when they said unto me let us go back to bed! Forget church.

Where’s the gladness for the house of God?  I know life can get in the way, but I believe within each follower of Christ there should be anticipation, something that causes us to rejoice and be cheerful when the call to the house is given. Picture this scene: The anticipation is so high, you’re hurrying to the house of God and you get pulled over.

“Sorry officer I’m in a hurry to get to church.”

“No, not late, just can’t wait to get there.  Somebody said let’s go and I couldn’t contain my excitement.”

Silly? Perhaps, but it’s not just the lack of urgency and anticipation for going to the house of God that affects us. The opportunity we have to influence our culture also requires a sense of urgency that seems to be lacking, especially when Christianity is being pushed to the margins of our culture. Now is the time for us to recapture our anticipation, not only for the house of God, but also for the fulfillment of our mission.

In Joshua 4, Israel had come to the banks of the Jordan River and it was time to cross over.  God had promised them a generation earlier that this was going to happen and now the promise was staring them right in the face.  Everything they had faced for 40 years: scarcity of natural resources, disease, frustration, wandering with no apparent sense of purpose, had all come down to this.  Now was the time.  It was time to take the land that God had sworn to Abraham hundreds of years earlier.

Now the priests who carried the ark remained standing in the middle of the Jordan until everything the Lord had commanded Joshua was done by the people, just as Moses had directed Joshua. The people hurried over…  (Joshua 4:10 NIV)

Can you imagine what would have happened had the priests gone into the water with the Ark, the water splits, dry ground is before them and they just remained standing on the riverbank – apathetic, fearful, uncaring?  Thank God they didn’t.  They hurried across.  I’m not sure they had a full grasp on the fact that there were still battles to be fought, commitments to make, things to establish, but they recognized this was their time and they hurried.

I see this moment in history for the people of God as this kind of opportunity.  Maybe it’s an opportunity for you on a personal level. You’ve circled mountains time after time and God has brought you to this point. Now you have to decide if you are going to stand and watch or hurry with a sense of anticipation across, knowing there are battles to fight, commitments to make and things to establish.

I must be in a reminiscent mode today but back in 1982 Steve Camp released a song that became a huge hit in Christian music called “Run to the Battle” that captures this sense of urgency that I believe we lack in this generation.

“Some people want to live within the sound of chapel bells

And with everyone you meet, I’ll take them the gospel and share it well

I can hear the voices. Jon, we need to hold on and wait for God to speak and make sure that we have his wisdom.  I understand that, but here’s the thing.  God had already spoken about this to Moses and then again to Joshua.  God has already spoken to us about our mission and it is not optional  It’s not open for debate and we don’t have to question whether or not it’s God’s will.  It has been spoken and established by Jesus.  So pardon me if I don’t stay with you on the river bank, I’m in a hurry.  Let’s run to the house. Let’s run to the battle.

This entry was posted in Uncategorized. Bookmark the permalink.